If Breaking Bad Was a Band” is probably the best possible description of the new album by the Real Life Heavies! This is like classic rock and soul that you feel like you should already know…

And now you can download one of their tracks from the new release for free! 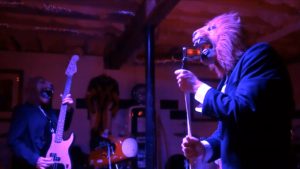 The new record was unintentionally named by a first time listener at a show in Knoxville, TN who during the first song of the RLH set smiled and shouted out to the sound guy “If Breaking Bad Was a Band!”

The Real Life Heavies are a ingenious blend of multiple genres, with a “heavy” focus on R&B and Rock, with a very strong Blues influence. In essence, the Heavies are bringing back sultry and iconic rock and roll sounds from the hero-era, only in a new all-original package. This underground collective is comprised of white collars who still carry the ghosts of the 70’s and 80’s, and yearn to loosen their ties when they make rare appearances in small clubs that you’d least expect. If you sign up on the mailing list, occasionally they will make a last second announcement of a show….. it’s what rock & roll is all about; sexy, loose, tight, fast & slow … with a fine cigar and a jigger of brandy.” “Releasing the stress of today’s corporate world on stages in the darkest bars with bad-ass guitar solos and cigars in the alley, these fat cats will show you what bottled-up men can do when you turn them loose with rock and roll instruments.” – M. Gandhi 🙂

For a limited time the Real Life Heavies are giving away a FREE track from their new album “If Breaking Bad Was a Band”. Just enter your name and email address in the box on the right hand side of this page and you’ll be immediately sent a download link with your free track!